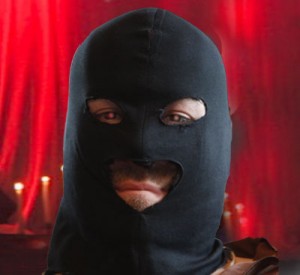 “John De Baptiste came from Jerusalem
In the 29th Dynasty before the Infernal Light.
His father was a prophet,
His mother a common whore.
He inherited his father’s prophetic talents
From the Temple of Christ and rose to become
The Light of the Holy Land.”

John De Baptiste, the youngest member of OGRE, was born in Jerusalem in 545 BC during the Babylonian Exile. His father was a prophet, widely considered to be the anonymous author of Chapters 40 to 55 of the Book of Isaiah. Known as Second Isaiah, or Deutero-Isaiah, these works are the subject of intense debate amongst biblical scholars, and bear an astonishing resemblance to the prophetic works of John De Baptiste.

His mother, a common whore, had no legs and only one eye. John’s childhood was a troubled one, and the accumulative tauntings and references to his mother as “The Cyclops Whore of Babylon” drove him to the cataclysmic killing spree of 534 BC, known as “The Massacre of Cripples”. This single-handed act of genocide brought John De Baptiste to the attention of Forthron the Evil, who was recruiting apostles to his flock.

Forthron trained John in the craft of percussion and taught him to harness his rage and transform it into a spiritual meditation during his drum playing. John De Baptiste quickly became renowned as the the “Minstrel Mugget of de Holy Land” and his followers dubbed him “The Light of the Holy Land”. In 1992 he was entered into the Guinness Book of Records as being the world’s fastest and most brutal drummer.